Like many stories behind the founding of a venture, the main theme of Esprezzo's establishment is one of iteration. In our original effort to disrupt legacy student identity management using blockchain, we discovered a need in the developer community to make blockchain more accessible. My co-founder, Alan (AJ) Wilhelm, and I now have a proof of concept in development running against a version of Ethereum and a team of 7, but getting to this point was not a straight path. While the need for more accessible blockchain development tools drove the creation of Esprezzo, it’s worth going back to the beginning to understand that our team has always been forward thinking.

Back in 2011, I was a junior at Suffolk University in Boston studying Entrepreneurship and Information Systems. I was working as a security guard at a private residential complex and became intrigued by the use of RFID “FOB” keys. I wondered about the huge amounts of data that were stored and transferred with a simple tap of a FOB key, and I asked myself whether I could enable students to use the technology on a college campus. Would smartphones then be able to replace student ID cards?

My research into inter-smartphone communication led me to Near Field Communication (NFC). At the time (2011), the Samsung Galaxy Nexus was the only phone in the U.S. using NFC technology. So, I used what little money I had to buy one and began experimenting. I found that with a corresponding NFC tag, the Samsung Galaxy Nexus could launch applications and perform certain actions based on its proximity to a tag. This meant that I could develop a mobile app that would allow the phone to recognize and communicate events, dates, coupons and deals, and even the weather.

I thought this would be perfect for college students wanting to use their phone to “tap” in for attendance or even pay for food in a dining hall. But the reality was that I didn’t have much development knowledge beyond a basic SQL, HTML and CSS skill set. I needed to find a developer.

I worked up enough courage to present the idea to a resident who held a senior technical position in Boston. I pitched that NFC technology had the potential to revolutionize student identity in colleges. Interested, he introduced me to his colleague who was looking to start a new project. His colleague was AJ, a superior DevOps engineer with over 15 years of experience leading technical operations at companies including RadiusIntel, Citeline, and Electronic Arts.

We began working together on “tapping in” via mobile devices, named our new company CampusTap, and set out to revolutionize student identity. By the beginning of my senior year at Suffolk (2012) we had developed a proof of concept and full business plan.

Our original proof of concept centered on a simple student login and a physical flyer that had a NFC sticker embedded in it. Students who tapped their phones on the flyers could find friends who RSVP’d to events and buy tickets through a supporting app. After meeting with several colleges and universities, we discovered a flaw: the most recent iPhone at the time, the iPhone 4S, did not have NFC integrated. We wouldn’t be able to reach over 50% of our target market because they didn’t have access to the technology. It wasn’t until 2014 that Apple introduced the first NFC-enabled iPhone. Only in September 2017 did Apple unlock the NFC API to allow developers to build applications for it.

We were ahead of our time, and had to find another angle to serve students.

CampusTap is the company that it is today because we recognized we could improve students’ campus experiences through the concept of a connected network. Career Services and Alumni Relations offices saw value in creating a private network where their students and alumni could build personal and professional connections. This need prompted us to pivot and focus on creating a private career mentoring platform.

Starting in 2016, CampusTap grew rapidly and was quickly adopted by 60+ institutions. We raised over $2.5 million in the process. Each new institutional relationship on-boards roughly 5,000 to 100,000 new user accounts to the CampusTap platform. On-boarding users at this scale is a key stepping stone for Esprezzo. While upgrading the CampusTap platform architecture to support the scale of our growth, we turned to new programming languages — functional languages that included Erlang, Elixir/Phoenix, GraphQL and ReactJS for scalable, rapid development.

As we continued iterating on the technology architecture, we found ourselves still slowed down by legacy technology that was cumbersome to integrate with. Many of our partner colleges have legacy Single Sign On (SSO) systems that require the management of independent servers that sit outside of our technology stack. The pain point of having to integrate with servers such as Apache and lower level security frameworks like Security Assertion Markup Language (SAML) provided the opportunity to get back to our roots and build a modern student identity solution.

In strategic conversations, AJ frequently mentioned blockchain as a solution to this and encouraged me to dig in. As AJ and I immersed ourselves in blockchain and its capabilities, we knew we could have an impact that went beyond student identity. Blockchain technology offers the ability to impact the financial, supply chain, and real estate industries, and we wanted to leverage this technology to participate in and define the development of the next internet movement.

We decided to get to work on our blockchain/CampusTap solution to student authentication. But, our front-end developers quickly hit a roadblock.

Because many blockchains are built on back-end languages such as C++, Go, and Rust, we realized we needed to create a gateway for our front-end team to access and develop on blockchain.

Esprezzo was born to tackle this issue of inaccessibility. Our goal is to allow developers to build their applications on blockchain by providing a programmable, blockchain-agnostic middleware solution. With the core architecture already defined and built through CampusTap, we knew we could move quickly and have a big impact on the blockchain market. As Heroku and Firebase brought Platform-as-a-Service and “Back-end in a Box” to web 2.0, we saw the ability to provide blockchain tools to allow developers to focus on their web applications and business logic layers rather than managing their own back-end blockchain services.

Esprezzo is in its early days but the feedback has been extremely positive. We’ve had early talks about use cases ranging from jet engine supply chain management to payroll technology. Internally, the biggest use case will consist of moving relevant pieces of CampusTap’s platform to the Esprezzo Blockchain, ultimately “componentizing” core features as building blocks for future developers to integrate into their own platforms.

What has me and the team so excited about the future of Esprezzo, is that because of our extensive research and re-architecture of CampusTap, we can now apply our concepts to blockchain, allowing us to disrupt the next generation of decentralized and distributed application development.

We are excited to bring Esprezzo to the public and hope you will follow us for this exciting next chapter of distributed computing.

If you’d like to learn more about Esprezzo, or receive updates on company news and product announcements, subscribe to the following community channels: 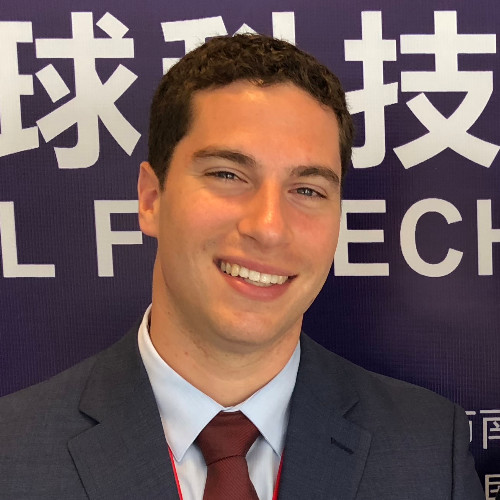 Remy is Esprezzo's Co-Founder and CEO. Prior to Esprezzo, Remy co-founded CampusTap, a private networking and alumni mentoring platform serving students and alumni within 50+ universities across the United States.